Adventures with frogs. Chapter one: Dripping Eyeballs and The Party Girl 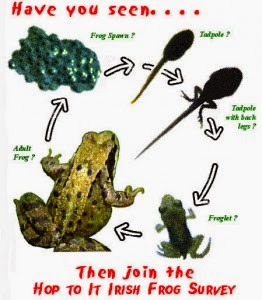 A couple of weeks or so before two of our tadpoles died my youngest son, the four year old, made a picture of a tadpole. It was a simple picture drawn with red pen and with a bit of toilet roll tube for its belly. The little creature had a bemused look on it, as it trying to work out exactly what it meant to be a tadpole. I stuck the picture up on the living room wall beside last year’s summer picture that had been drawn by my eldest son. Yesterday my little one asked that the tadpole picture never be taken down. ‘I don’t want to forget the tadpole.’

I well understood his upset. The tadpoles had been a big part of our life over the spring and summer. Our life with tadpoles had begun in March, when I was burned out from too many gigs  and too many writing deadlines. My voice was also causing me pain. I gave myself a week’s rest  but it was not enough. Ignoring my own advice, as we always do when stressed, I tried to fight against being run down and permanently exhausted. From the doctor I got painkillers then, when they failed, antibiotics for my throat – none of which worked . I tried to get written and performance work done only to see the quality go down, which added to my stress levels.
And of course I made the big mistake that working parents sometimes do: I began to resent my children always wanting to talk and play and talk even more. Of course, children are never the problem, and many times they are actually the solution. It took a while but then suddenly a light clicked in my head and I knew what I just had to stop trying everything and refocus on the solution that was always there: my children.
I stopped my storytelling work. I knew it would mean a big loss financially in the short term. But if I wanted to save my throat it had to be done. Instead I began telling more stories to my children, slowly and being careful with my voice. It was good relaxed exercise as well as fun and stress free. I cut down on the coffee, which had the weird consequence that my eyes began dripping green gunk. It took two weeks for the gunk to clear, but when it did I found my energy levels had become steady and level. Instead of coffee I drank crushed and grated ginger  and garlic  with honey.
I cut back on the writing and shared my creativity with my children instead. We made incredible stuff from rubbish; spaceships, vampires, scorpions. We chatted and made up stories and went for big walks which really cleared the head. And of course as I played walked and talked, ideas bubbled away for my projects. I made notes in my journal and then got back to the playing.
One evening in late March, me and the lads went for a stroll around the estate. Coming back to the house we came across a big fat frog flopping about on the pavement. It was obviously wanting to get cross the road and into the farmland opposite. ‘Why is it so big?’ asked my eldest who has a talent for questions and finding things. ‘I think it’s a mammy frog filled with eggs,’ I explained. ‘She wants to go find a pool to lay them in.’
The road is a busy enough one and the odds were strong that mammy frog would be splattered in front of my children. I scooped her up in my hands. She was a little annoyed - doubtless she was impatient to get to the whole frantic copulation party scene – but apart from a little cheeping croaking noise did not protest too much. Of course now I had her, my two boys had to take turns holding her, which they did very gently and calmly. Then I took her again, told the boys to stay on the pavement, crossed the road and put her on a grassy embankment.
I crossed again and stood for a bit with my boys watching the dark shape opposite. The frog did not move for ages – though it was probably only seconds, time does weird things when real magic is about – and then suddenly with a mighty spring in her step, the party girl was off with a scramble, hop, scramble, hop. And was gone.
It was a great end to our evening. We had rescued a frog and now she could have babies. Little did we know the frog adventure – with all its emotional drama - was only beginning.


Enjoyed this article? You might want to read: Help! My boys have set up a chemical weapons factory


Keep up to date by following this blog on twitter at: @RBizzness
Posted by Unknown at 11:16 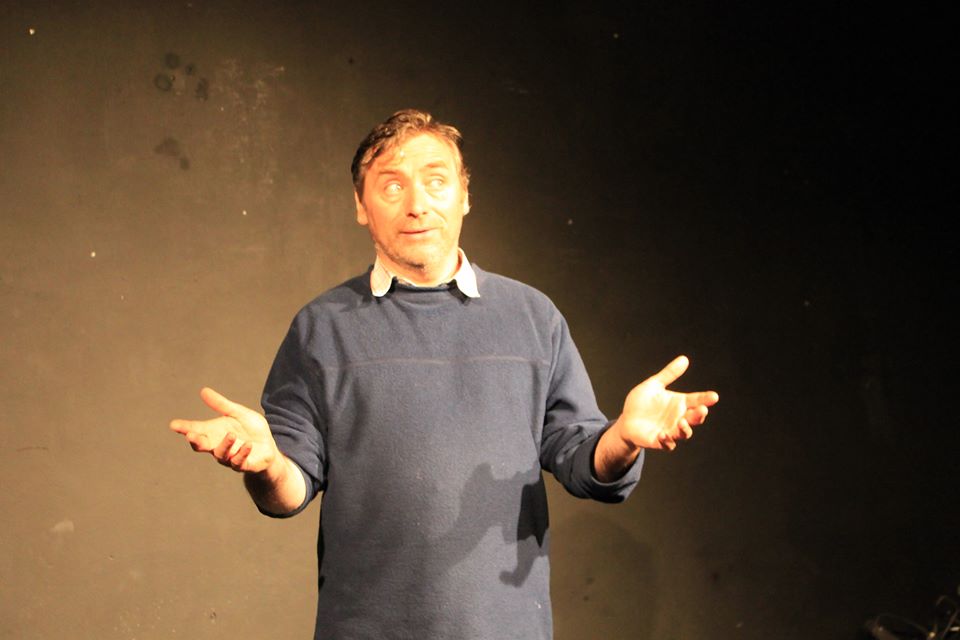